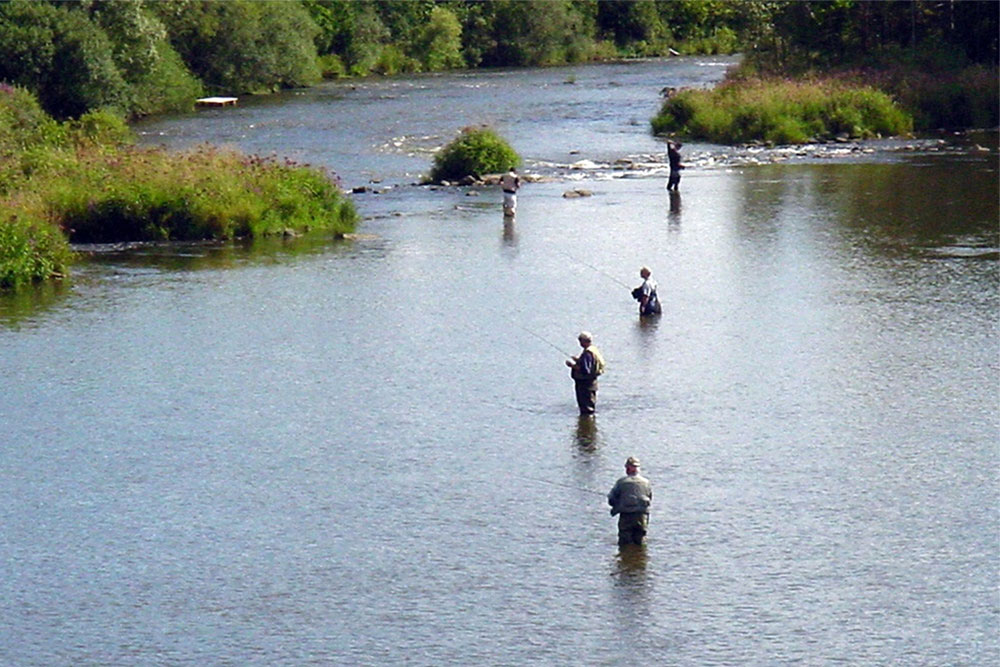 Throw on the hip-waders and tie one on. Fly Fishing Canada will host the 16th Annual National Championship  in Fergus and Elora, (Centre Wellington) from June 3-8, 2018.

Test your skills and sportsmanship in search of Brown Trout, Rainbow Trout and Brook Trout.

Watercourses include the beautiful Grand River, Conestoga River and the Upper Credit Trout Club. This is the second time that the Nationals have been held on the Grand and Conestoga Rivers. One cast and you’ll know whyThe Grand and Conestoga rivers are tailwater fisheries, stocked annually each Spring with up to 40,000 Brown Trout, many of which hold over from year to year, producing some of North America’s best trophy brown trout approaching the 30-inch size.

The Upper Credit Trout Club has operated as a private members’ club for over 40 years. It features a pond large enough to provide beats for rotational bank-fishing, is stocked with trophy Rainbow Trout and Brook Trout.

We’ll be welcoming competitive anglers from across Canada to compete in the waters that flow through our community, surrounded by beautiful views like limestone cliffs and rocky shore lines, waterfalls and the prettiest towns too.